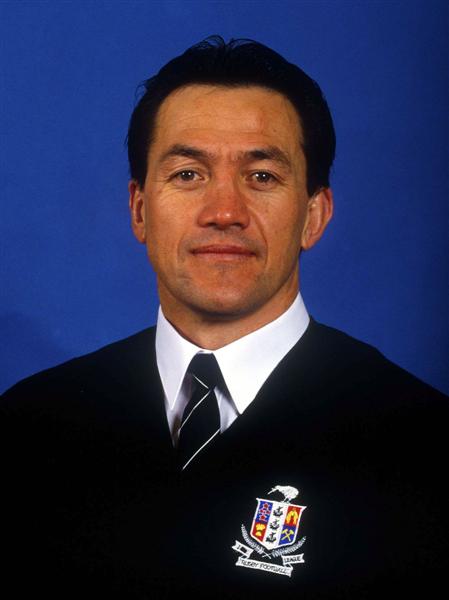 Howard Kevin Tamati was born to Kingsford Rihari (Kingi) Tamati and Esme Tamati (nee Andrews) My father’s older brother is Ngaraurekau (Sandy) Tamati; he is Kevin Tamati’s father. Through my Ngai Tahu whakapapa, we are related to Tom Ellison, who was selected into the original All Black Team 1893.He was the man who designed the All Black jersey and the silver fern logo. He had a significant influence on the game of rugby union during its formative years. My father Kingi played for the 1956 Maori Rugby League team that toured Australia under the Manager Ernie Asher and Coach Travis Hardwick.

Howie was educated at Waitara East Primary and Waitara High School playing Rugby League as a school boy for the Waitara Rugby League Club, leaving school at 16 to worked in the Waitara Freezing Work ‘Borthwicks’ that continued until he was 18. Leaving the works, Howie travelled to Australia in 1972 to live in Sydney. He had always known about the rugby league scene as his father and brother had spent some time over there living and playing in the Manly area. His dad playing reserve grade for the Sea Eagles. Howie lived in Bondi and played in the Eastern Suburbs juniors. The Roosters of that time were coached by Jack Gibson and had Artie Beetson as their Captain. Howie recalls, ‘they were a great team at that time and I enjoyed watching them play, I trailed for the club and trained with the club during the preseason, at that time I wasn’t focussed or dedicated enough to achieve being graded’. In 1975 I watched my friend Graham West from Hawera playing for the Kiwis against the Australians and from that point I resolved to return to NZ and make it into the Kiwi team.

It took 4 years of hard training and playing to break into the Kiwi team. ‘I achieved this in 1979’, Howie further recalls ‘It was very difficult to make the Kiwis from Taranaki but we had some very good players from Taranaki and Wellington that combined to make a side called Central District’s’ .That team defeated the Auckland team 4 years in a row as well as taking out the National District competition for that time. Players of note during that time were Graham West, Bruce Gall, Kevin Tamati, Nolan Tupaea and John Whittaker. These are just some of the fine men I had the privilege to play with from our region. Once selected for the Kiwis, I played for my country for seven years (1980 to 1985) in one of the great eras for rugby league in New Zealand. Howie first played for Taranaki in 1972, and recalls ‘The coaches that had a huge influence during my playing career were Alan Marshall from Taranaki and Central Districts, Cecil Mountford and Graham Lowe at the International level, and my greatest mentor was my brother Teri Tamati who supported me as I was coming through the junior ranks and all through my international career. He believed in me and supported me through the times I was injured and struggling to get back on the field. ‘I have been blessed that I have had great mentors and friends that have provided the advice and support one needed when achieving the things I have been involved in’.

During my career, I played for Waitara Rugby League Club, Denison Hotel and Astra Knights in Sydney’s Eastern Suburbs Junior Rugby League, Taranaki, Central Districts and the Kiwis. â€œI played professionally for the Wigan Rugby League Club in 1983/84 season and had the honour of playing in the 1984 Challenge Cup final at Wembley Stadium against my Cousin Kevin’s team, Widnes, I played 29 games during that season for Wigan and captained them on five occasions winning all of those games. During the time at Wigan we were coached by Great Britain legend Alex Murphy and one player who joined us as a 17 year old was Shaun Edwards who went on to play for Great Britain and Captained the Great Britain team.

My time at Wigan was one of the best times of my playing life .The team was just about to burst into the great era of Rugby league in the country Our side was not highly thought of but produced some very good results that culminated in the challenge cub final it was the first time that Wigan had even been past the quarter finals in 15 years .The townsfolk were over the moon with our achievement and it placed the club in a position to buy even more great players to instigate the successful area of the late ’80s and ’90s.

I am very proud of my connection to the Wigan club. It was a club that i had heard about as a boy and had dreamed of seeing the players that were spoken about with awe. I never imagined calling the Great Britain winger Billy Boston a friend. Howie played 50 games for the NZ Kiwis, 24 tests, 19 consecutive, was Captain in 1983 versus PNG and Vice Captain in 1984 against Great Britain.Retired from the Kiwis at the end of 1985, following his third overseas tour with the Kiwis. Played for the NZ Maori team in 1980 v Australia and 1981 against France and was selected to go to Great Britain in 1983 with the NZ Maori side but was released so he could play for Wigan, Howie states ‘I will be always grateful to the NZ Maori RL for allowing me to do that. The Coach of the team during that era was Tom (Lummy) Newton a great coach and straight up talker. When he told you something you sat up and listened’. Howie rates some of the Kiwis players he had the privilege to play with were; ‘Kevin Tamati, Dane Sorenson and Mark Broadhurst, three of the toughest props ever to play the game. I have to start there because as a hooker they made me feel ten foot tall and bullet proof’.

Back rowers were Graham West, Bruce Gall, Kurt Sorenson, Tony Coll, and Owen Wright. Mark Graham, Hugh McGahan, the halves – Gordon Smith and Clayton Friend, Outside backs – Olsen Fillipaina, Fred Ah Kuoi, James Leuluaii, Dean Bell, Gary Prohm and Dane O’Hara, Fullbacks – Gary Kemble and Michael O’Donnell In 1986 Howie was asked to Captain the NZ University team in the inaugural Universities World Cup Tournament, which the NZ team won, he retired from all playing following that tournament. In 1986 he was contracted by the Wellington Rugby League to be the Director of Coaching for that province. ‘During my time in Wellington we defeated Auckland for the first time in 75 years. In 1991 we defeated the touring Great Britain side, the provinces first win over an international team. We successfully won and defended the Rugby League Cup for two seasons’.

Howie was appointed as the Coach of NZ President’s 13 against Great Britain in 1990 and against France in 1991, also in 1991 he was the Junior Kiwi Coach which featured Tana Umaga and Stephen Kearney. Howie was appointed Kiwi Coach from 1992 to 1993 during that time he embarked on his third tour to England and France, the last of the official long tours of these countries. Players of note that Howie coached were Tony Kemp, David Watson, Kevin Iro, Ritchie Blackmore, Tawera Nikau, Quentin Pongia, Henry Paul, Shaun Hoppe, Stephen Kearney, Gene Ngamu ‘I was privileged to have had the opportunity to be involved with these players they carried the mantle of the Kiwi Jersey with pride and skill to this day’. In 1994 Howie was awarded an MBE for my services to the game of Rugby League. Howie recalls ‘at the time I really didn’t appreciate the magnitude of the honour but over time I realised that it brings with it a sense of real responsibility and duty to all the people that you represent, my mother Esme and Brother Teri along with Aroaro my wife and family. Dame Cath Tizard awarded the honour at Government house in Wellington and I have a photograph of her and I having a hongi while she handed over the Medal. That was enjoyable .The medal is in a drawer at the moment and one day I might put it on the wall I’m not sure what to do with it yet .I don’t want the kids fighting over it when I’m gone!’. During his time in Wellington, Howie first worked for the Department of Maori Affairs as a Community Youth Worker visiting schools and youth groups throughout the Wellington area, then in 1989 he was employed by the Hillary Commission as Programme Manager, along with Waimarama Taumanu. In 1990 Howie was awarded the 1990 Commemorative Medal by the Government. In 1994, Howie returned to Taranaki and began work as Chief Executive Officer of Sport Taranaki, during that time he served three terms on the New Plymouth District Council, as well as a Board Member and Chairman of a number of organisations and Trusts. In 2006 Howie was awarded life membership of the Waitara RL club, joining his mother, Esme, Brother Teri and Sister Kay, all awarded Life Membership for services to the club. In 2008 Howie was awarded a life membership of the Taranaki Rugby League and in 2009 was presented with a Life Membership of the New Zealand Rugby League.

‘We successfully celebrated our Centenary year in 2008 with the publishing of the book Maori Rugby League 100 Years and NZ Maori Rugby League team played the Kiwi All Golds in New Plymouth and against the Australian Indigenous Dreamtime team as a curtain raiser to the Rugby League World Cup in Sydney. I feel that this was one of the very special achievements of my sporting life and acknowledge the people who worked with me to help make it all possible’.

I still live in New Plymouth, Taranaki with my wife Aroaro and 7 children and 3 mokopuna. I first met Aroaro in Auckland she was working for a Maori TV program and was filming a story on Maori sports people. Aroara interviewed myself at St Pauls college when the Kiwis visited the school, she was also singing professionally with Moana Maniapoto, they were performing at a fund raising event for the NZ Maori rugby league tour of England .They were singing the night after the Test the Kiwis played against the Aussies. When Aroaro came and sat by me that night the Kaumatua cautioned her to stay away from me and told me in no uncertain terms to stay away from her. Too late! Being a good Taranaki wahine she knew what she was doing. We have been married for almost twenty four years and have four girls Moerangi, Te Waikapoata, Hawaiki and Erana. They love hockey and waka ama, and I have three other children from my first relationship Ebony, Erina, and son Hemi I have three grand children, two boys and a girl, the two grandsons live with Aroaro and myself. 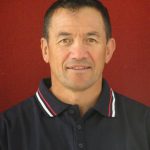 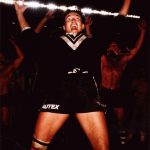 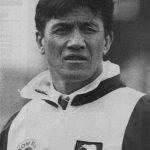 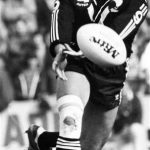 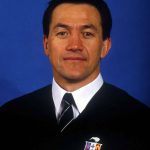 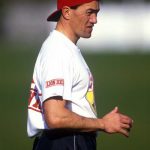 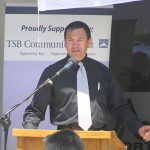 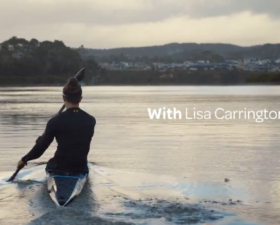 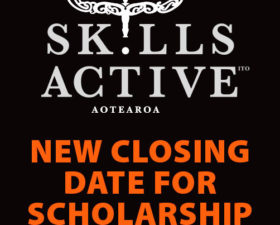