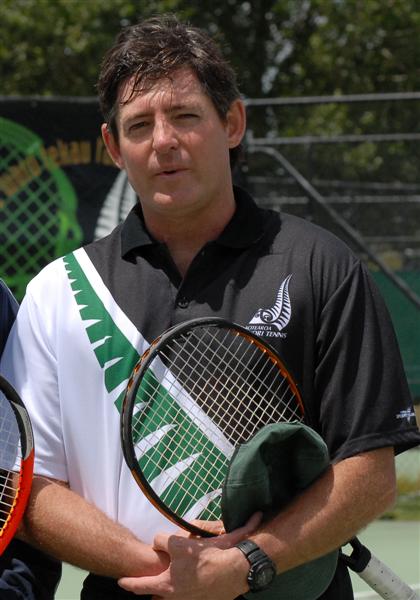 Kelly is one of five children of Graham and Yvonne Evernden of Waipiro Bay, East Coast.

Kelly started playing tennis at the age of 12 and was coached by his father. The family originated from Gisborne and lived in Sydney before settling in Brisbane. He was coached by Queensland State Coaches and represented the Queensland U/16 Team which won the interstate series in Adelaide. Kelly lost only one match throughout the entire week. The family shifted back to New Zealand when Kelly was nearly 16. He was immediately placed in the NZ Development Squad against the protest of some who argued he hadn’t been through the system. He then won the NZ U/16 Singles title.

In May 1978, tragedy struck this teenager. Kelly was hit by a car in a Gisborne street. The result was a broken left arm, broken left leg, six broken ribs and a punctured lung. He had to wait many weeks for the lung to be stitched before the doctors could begin rehabilitation of the arm and leg. This meant weeks of considerable pain. “I couldn’t move out of bed. I was in there for three months. I wasn’t thinking about tennis at that stage. I was just concentrating on getting better,’ Kelly recalls. He finally left hospital in August, on crutches and with a steel pin in his leg. The doctors told him he would not have 100 percent use of his arm, nor would he be able to play tennis again for a year. However, within two days, Kelly was on court hitting a ball with a racket held in one hand while leaning on a crutch ‘I just started doing some training, bit of swimming and other work and plenty of visits to the physiotherapist. That’s when I decided to start getting back into tennis again,’ he said. It wasn’t long before Kelly was in the New Zealand U/19 team to play against the Australians in Christchurch.

In January 1979, he left for the United States to attend Yakima High School in Washington State. Before he started high school, he played a junior circuit in America. After a stand out season at the US Yakima Valley Community College and the University of Arkansas, he joined the ATP tour in 1985. Being a crowd favourite was an unnatural vibe for the man who grew up in Gisborne with his Maori mother living off welfare. Kelly recalls going to the Nationals as a 16 year old punk, surrounded by all these rich kids. ‘But I was never intimidated by anybody because of the way I grew up’ he said, ‘if I acted scared in Gisborne someone would kick my butt. I did feel inadequate. Other guys had ten racquets and five pairs of shoes and I had one racquet and a hole in my shoe; but guess what, I kicked butt!’

Kelly had an outstanding tennis career that took him all around the world, gaining a ATP ranking of 31, competed in all the Grand Slams, International ATP tournaments, represented NZ in Davis Cup ties and Kelly lists his most memorable matches: 1989 epic encounters against Boris Becker and Stefan Edberg. A three hour semi-final against Austria’s Thomas Musta in Vienna. 1990 in Indianapolis, beat Yannick Noah (34) then beat John McEnroe (18) 6/2, 6/4 in the quarter finals. That win against McEnroe validated my career as a pro. Taking a set off Jimmy Connors at Wimbledon Beating Michael Chang 6/0, 6/1 in San Francisco was the most perfect match of my life. I would have been a household name around the world if I played like that every day. My Davis Cup wins against Yugoslavia’s Slobodan Zivojinovic and Goran Prpic at Wilding Park in 1990. Playing an exhibition match against Mark Lewis, in my hometown of Gisborne, at the 60th Jubilee NZ Maori Lawn Tennis Championships in 1985.

In 1994, after he finished his professional career, he bought a car and a house for his mother in Brisbane. In 1997 his mother died of cancer. Kelly was devastated. ‘My mother was a proud lady and it was because of her that I had great support from a lot of people on the East Coast.

‘I don’t immerse myself in Maori heritage as it is difficult to be culturally true when you live in America; but as I get older I become more curious about the past. It’s the reason that I returned to NZ for the first time in 13 years in 2006, to attend the 80th anniversary of the Maori Tennis Championships. I wanted to go back and pay homage to them and to my mother Yvonne. There are two sides to me; my Maori side and my European side. I think there was always edginess about my Maori side coming through ‘like the warrior within.’

‘My memory of the powhiri in honour of my mother, my grandfather and myself at Te Poho-o-Rawiri Marae in Gisborne in 1985 at the opening of the 60th Jubilee Maori Tennis Championships will remain in my heart forever’ (August 2009)

Kelly who is married to Megan, have two sons, Austin and Houston. They live in Seattle where Kelly is the head tennis coach at the exclusive Mercer Island Country Club. 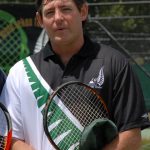 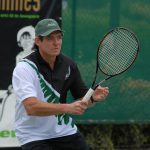 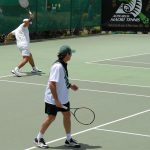 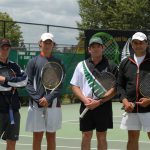 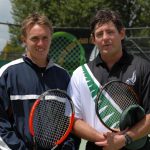 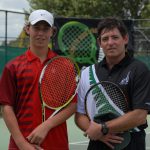 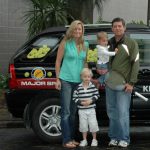 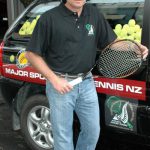 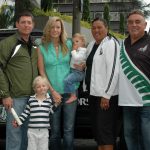 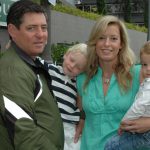 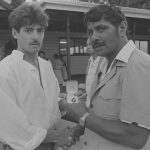 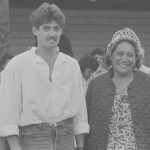 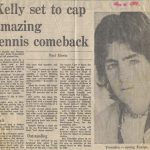 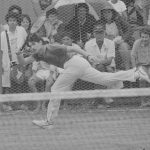 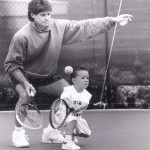 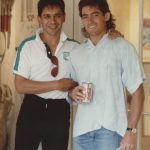 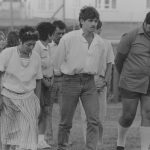 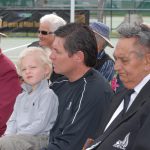 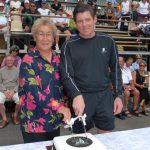 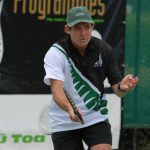 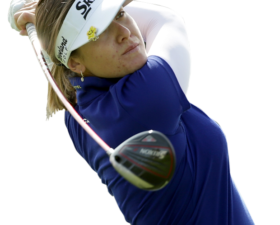 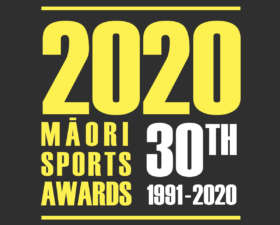 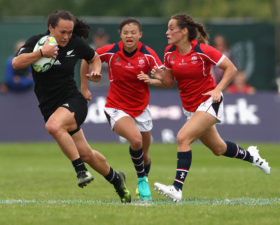