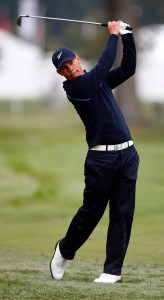 Philip was the leading individual among a quartet of young men who became the first New Zealand team to win the world amateur Eisenhower Trophy in Canada in 1992.

Highlights of Tataurangi’s professional career included winning the 1996 Australian PGA Championship and the 2002 Invensys Classic on the PGA Tour. He is currently patron of the New Zealand branch of The First Tee, a charity which promotes character development in youth through golf.