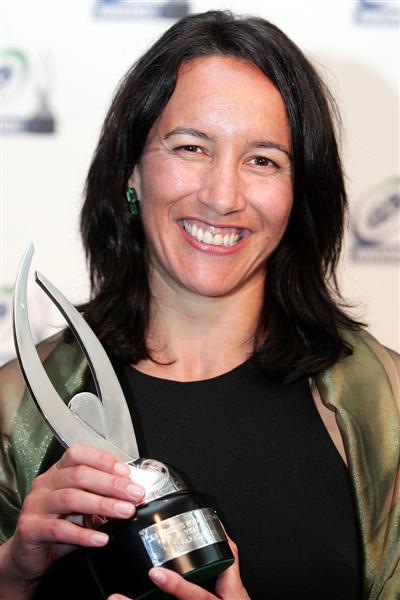 Farah Rangikoepa was born to Judith Palmer (nee King; Ngati Mahuta – descendant of Turanga King from Tahaaroa, and Ngati Maniapoto [Ngati Waiora] on her Mother’s side -Huia Whanau from Piopio). Farah’s father, Bruce Palmer was a stock buyer who also owned a sheep and cattle farm in Piopio and played 54 games for King Country in the 1970s while Judith played netball during the 1970s and 1980s.

Farah has three younger sisters and their names are Coral, Monica and Dale Ana Maria. Farah was educated at Piopio Primary and Piopio College and played netball competitively and other sports socially as a Piopio College student. Farah grew up next door to Jenny-May Coffin (Silver Fern and sport media personality), and there were many students and community members who excelled in their chosen sports/activities such as BMX (Hudson Whanau), shearing (Fagans), dog trialists, rugby and netball (the Coffins), Special Olympics (Jonathan Green), hockey, and rowing (Rob Waddell went to Piopio Primary and Piopio College and his mother was Farah’s English teacher). Many of the young girls in Piopio also did Highland and Tap Dancing in their early years before focusing on competitive sports such as netball and hockey. There was the one-off game of cricket, lunch time tennis and basketball, and sport days (athletics, cross-country and swimming) which Farah always took an active part in, but she considered herself a ‘jack of all trades and a master of none’. Farah ended up captaining the first netball team in her senior years at Piopio College, also enjoyed drama, and was the student representative on the Board of Trustees (her first taste of what it was like to be in a governance role).

In 1991, Farah was fortunate enough to get a scholarship co-ordinated by the Hillary Commission which encouraged Maori students to study a Bachelor of Physical Education at the University of Otago, to try and get more Maori PE teachers in the system. Farah’s scholarship was sponsored by the YWCA and MWWL and this support/belief in her abilities to achieve at tertiary level was highly influential on Farah’s focus for the next four years. Farah, along with three other students, pursued a Bachelor of Physical Education degree in Dunedin, and it was here that Farah discovered women played rugby, not as a one-off entertainment game as the curtain raiser to a married vs. singles men’s game, but as a genuine weekly competition. The early 1990s were the golden years for Otago rugby and Farah was infected with this rugby mania and surrounded by Maori rugby personalities such as Aaron Pene, Jamie Joseph, Stu Forster and John Timu. Farah played competitive netball and rugby for the first couple of years while at University, but soon turned her full attention to rugby where she started as a prop for the Otago University Rugby Football Club. Her climb to the top was not instantaneous, and she enjoyed learning the ropes at the club level, being a non-travelling reserve for the Otago women’s team in 1992, playing for the Otago B squad in 1993, and reserving for the Otago A team in 1994 when she decided to move from prop to hooker in order to make the most of her skills and reach higher honours. Influential people in her life at this time included Hillary Commission mentor, Waimarama Taumaunu, Lecturer Rex Thomson (who ended up being her supervisor for her PhD), and Sue Garden-Bachop (Otago coach and champion of women’s rugby and sport in Otago). Farah also played club rugby alongside Melodie Robinson (now sports journalist and media personality) and Helen Littleworth (captain of the NZ women’s rugby team) before making the move to a more family-oriented club in Dunedin; Alhambra Union.

Alhambra Union was also the home club for Josh Kronfield, and other high profile female rugby players such as Jacinta Nielsen and Maree Edwards. The coaches of the women’s team (Phil and Nan Haua) also had a huge influence on Farah’s physicality and attitude toward rugby. After successfully completing her Bachelor of Physical Education (with Honours), Farah was at a crossroads as to what she would do. 1995 ended up being a very significant year for Farah. She decided to pursue a PhD (with a sociology of sport focus) under the supervision of Dr Rex Thomson and Tania Kaai. It was also the year that she was noticed by the NZ selectors and invited to attend a trial weekend at Porirua Police College for the NZ team. That year, she made it into the NZ team as a reserve hooker but didn’t play when NZ played Australia in Auckland. In 1997, as part of fieldwork for her PhD, Farah moved to Hamilton where she studied how sport, physical education and physical recreation impacted on the identities and lives of Maori girls and young women. During that year, Farah was influenced by players such as Lenadeen Simpson-Brown and Vanessa Cootes who she played alongside in the Waikato provincial team.

In 2001, Farah moved to Palmerston North to take up a lecturing role at Massey University in the Sport Management and Coaching programme (after completing her PhD in 2000) and played for the Kia Toa Rugby Club and the Manawatu provincial team. Since 1995, Farah was a regular member of the NZ women’s rugby team (now known as the Black Ferns), played 35 tests (30 as Captain) and retired after 3 successful World Cups (1998, 2002, 2006) in 2006. Throughout her achievements, Farah credits her family (especially her Mother) in giving her the values and character necessary to achieve academically and in sport. Since retiring from rugby as a player, she has dabbled in coaching her Kia Toa club women’s rugby team, managed the Central Selection Team that played the Wallaroos (Australian women’s rugby team), and is currently still an independent director on the Maori Rugby Board. Farah worked part-time for Te Puni Kokiri as a regional/national mentor, and was a panel member on the popular sports programme CODE on Maori TV in 2007. She remains involved in community and research initiatives around sport and education and Maori development.

Farah is now a Senior Lecturer at Massey University, expecting her first child (October, 2009) and resides with Wesley Clarke (her Fiance) in Palmerston North. HONOURS Maori Sportsperson of the Year in 1998 and 2006 IRB International Women’s Personality of the Year in 2005 Inducted to the ‘Wall of Fame’ at the School of Physical Education, University of Otago 2006.

Member of the Taskforce on New Zealand Sport in 2000 (which played a significant role in the formation of SPARC).

Member of Te Mata o te Tau (Academy of Maori Research and Scholarship). Trustee of the Tu Toa Trust, a programme for Maori youth with potential in sport and education. Duff Books in Homes. A mentoring role with Te Puni Kakiri, in the areas of sport and education.

In 2007 was made an Officer of the New Zealand Order of Merit (ONZM) in the New Year’s Honours for services to women’s rugby and sport. Wing Patron for the NZ Police. 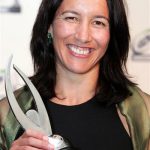 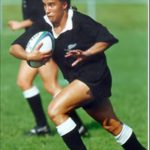 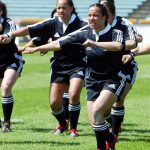 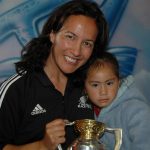 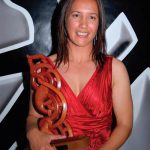 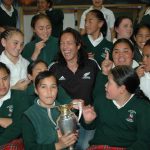 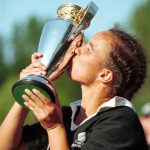 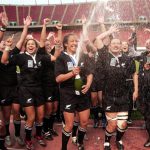