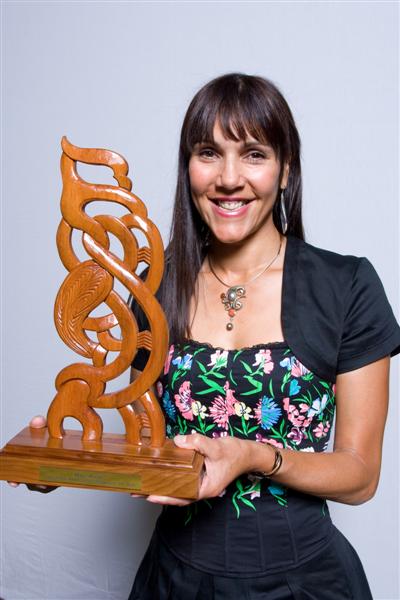 Daughter of Cyril and Isobel (nee Schwieters), and siblings Dawson (Ex Hurricanes and Maori All Blacks) and Mitchell, Lisa is a cousin to two Rugby League sporting legends, Howie and Kevin Tamati. Coming from an extremely sporty family, Lisa has always been very active.

As a child Lisa excelled at Gymnastics, as well as athletics and Netball. Later at age 15 Lisa got into Surfing in which she competed at a national level until leaving to go overseas in 1994. She was also a Taranaki Water polo rep, and held Taranaki secondary school records in discus and shot put. She then went on to study social work and psychology then business studies, completing the National cert in business studies, and part of the national Diploma in accounting. Whilst overseas Lisa cycled through parts of 20 countries and did many adventure trips including canoeing down the Yukon in Canada/Alaska.

Back in Austria Lisa completed an apprenticeship as a goldsmith and ran her own business exporting Paua Pearls from NZ to Europe and Japan before running her own wholesale and retail manufacturing jewellery business in Austria. Lisa now runs her own designer Jewellery and Art shop in New Plymouth along with her Mother, Isobel. Landscape artist and Father Cyril is resident artist at her shop.

Lisa was the first Australasian woman and fastest ever New Zealander to compete in and complete the 2008 Badwater Ultra marathon through Death Valley USA. The Badwater Ultra marathon is a true ‘challange of champions’.  This legendary and grueling foot race pits up to 90 of the world’s toughest athletes against one another and the elements. Covering 217 km (135 miles) non-stop fromDeath Valley to Mt. Whitney in California in temperatures up to 55C (130F), it is the most demanding and extreme running race Offered anywhere on the planet. The start line is at Badwater, Death Valley – the lowest elevation in the Western Hemisphere at 85m (280) below sea level – and finishes at the Mt. Whitney Portals at 253 m (8360).

This year (2009) Lisa has set her sights sky-high, attempting what no one else has ever done before. Firstly, Lisa is returning to Death Valley in July of this year to run the Badwater ultra marathon again, and to try and up the ante and improve her ranking and time. This is a race where experience counts and Lisa is hoping that after her debut last year she can capitalize on that experience and go one better. A 30 minute documentary of this epic journey is being made by Adviso media.

But that’s just the beginning! After Death Valley Lisa will be flying to England to Represent New Zealand at the 24 hr Ultramarathon commonwealth champs, then in October Lisa’s Autobiography Running Hot will be released.

Next Lisa will be off to face the toughest challenge of her life to date and that’s saying something: In November Lisa will run the length of New Zealand from Bluff to Cape Reinga, completing over 53 marathons in 33 days for a total of approx 2,200km and all for an extremely worthy cause CANTEN Latest news (August 2009) Death Valley 2 Conquered The goal to compete the 2009 Badwater 217km Ultra Marathon through Death Valley has been realized, Lisa has conquered the toughest foot race known to man in a time of 37 hours and 14 minutes. Lisa finished as the 6th women home, surpassing her 10th placing in the 2008 Death Valley campaign where she finished the course in 38 hours and 24 minutes.

2001 The Desert Cup – 168km non-stop in Jordan with a film crew – Vera Documentary and Televised on Welcome Austria.

1997 Crossed the Libyan Desert – a 250km four Man Expedition, with 35kg Packs and no Help From the Outside World.

1994-97 Cycled Through 20 Countries; Paddled 800km Down the Yukon; Tramped in Scandanavia, Canada and Alaska. 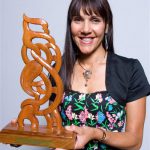