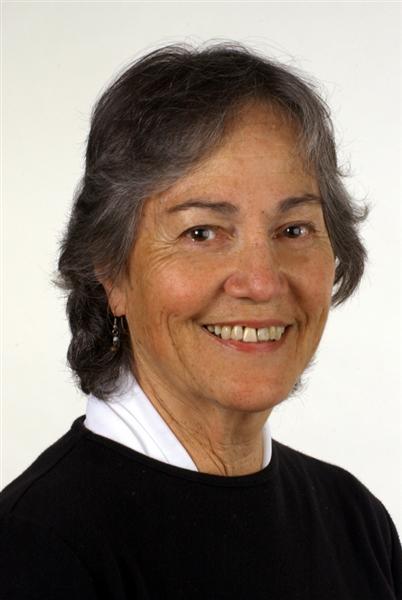 Moana-Nui-a-Kiwa Hinemoa Manley was born at Ngapuna, Rotorua to Nimera Rikihana and Reginald George Harwood Manley (known as Jim Manley). Moana’s mother Nimera was Te Arawa, Tuhourangi, Ngati Pikiao, Ngati Tarawhai, a descendant of Hinemoa – Maoridom’s most famous swimmer who in Maori legend swam across Lake Rotorua to Mokoia Island to be with her lover Tutanekai.

Hinemoa’s brother Wahiao had a great grandson Te Wharekaniwha Hakopa who was Nimera’sgrandfather. He was the chief and owner of the meeting house, Hinemihi at Te Wairoa, in which a few people were saved when they sheltered and took refuge there during the eruption of Mount Tarawera on 10th June, 1886. Guide Rangi from Whakarewarewa was a cousin to Nimera who was also a guide, and who was nick-named ‘Nimble’ because of her dexterity and speed on the hockey field.

Moana’s father was a photographer and film- maker and an accomplished Spring Board and High Board Diver in England. After arriving in New Zealand he soon became wellknown in Auckland, giving high-diving exhibitions at the Newmarket Olympic Pool and at Mechanics Bay. Her great- grandfather, William George Nicholas Manley served as an assistant surgeon with the Royal Regiment of Artillery, British Army during the Land War of 1864-6. He was also a keen swimmer and saved a soldier from drowning in the Waitotara River for which he received the Royal Humane Medal in 1864. In the same year at the battle of Gate Pa at Tauranga he was awarded the British Victoria Cross for Valour and promoted to Staff-surgeon. Nimera had a son Guthrie Cyril Rikihana Manley who was raised (tamaiti whangai) by her younger brother Pirihi, at Mourea. Jim also had a son, Wera (Sonny) from his first marriage to Rau Loffley. She died while Wera was still very young so he was raised by his mother’s whanau in Ohinemutu.

However when Moana was very young her parents moved from Rotorua to Auckland while her two older brothers remained in Rotorua. In Auckland the family lived in the eastern suburbs of Auckland before finally moving to Parnell where Moana began her education at Parnell Primary School, then Epsom Normal Intermediate and Epsom Girl’s Grammar School. During this time many of her cousins came from Rotorua to attend Queen Victoria Maori School for Girls. Her mother and aunty, Taku Waerea taught the girls waiata, action songs, poi, mahi-a-ringa, taniko and raranga. Moana’s parents considered sending her to ‘Vic’ but then decided on EGGS as places were needed at ‘Vic’ for girls from the rural areas. Senior ‘Vic’ girls often attended EGGS in their final year of school.

While living in Parnell Moana’s natural affinity to water developed (little wonder with her ancestral background in water). Living close to Judges Bay and the nearby Parnell Baths, which she visited regularly, she taught herself to swim. It was not long before she was spotted by the local swimming coach Charlie Brown who encouraged her to join the Parnell Swimming Club and to train under his guidance. Moana found that she enjoyed swimming and although athletics was at that time her preferred sport she felt ‘whakama’ and swimming provided her with a sport she was comfortable in.

When she was 14 she surprised her parents by telling them that she wanted to swim in the annual swimming championships at Epsom Girl’s Grammar School. She had not previously done any competitive swimming but was the school heroine when she won every race she entered. She then began entering swimming carnivals and it was not long before she made her mark on the Auckland, National and International scene, as her ‘ACHIEVEMENTS’ show. Some media quotes – North Island Starlag winner and duel backstroke title winner & record breaker Miss Moana Manley ‘No swimmer impressed more than Moana from Auckland, the legendary ‘Hinemoa’ herself could scarcely glide through the water with the same poetic tranquility as this modest Maori girl’

During her first year as a student at Auckland Teacher’s Training College an amazing piece of her history was about to unfold. Arriving at the Olympic Pool in Newmarket for training one day she spotted a ‘transistor radio’ on the reception counter. It was the prize for the Miss Olympic 1953 contest which was being held by the Newmarket Swimming Club. Overcoming her shyness she entered the contest and won the radio. Later that year there was a Dominion wide Queen Carnival contest to raise funds to send a New Zealand band to England. The Auckland Maori Community Centre was backing a ‘Band of the First Auckland Regiment’ and chose Moana to be the Band’s Princess.

The Miss New Zealand prize was to have included a full wardrobe and a six month world trip to compete in Miss Universe 1954 in Long Beach, California and then to Miss World in England. It quickly became apparent that the franchise was in difficulties so the Auckland Swimming Centre stepped in and supported by Maori Welfare Officers formed a new committee with Bruce Whineray as chairman (the brother of Sir Wilson Whineray)

Prominent Maori in Auckland who were part of the new committee were Waka Clark, Kelly Harris and Taku (Waerea) Trotman (Maori Welfare officers). Maori entertainers, John Turei, Ben Broughton, Rangi Puriri, Ao Thompson and Hekemaru Kewene were supported by the people of the Auckland Maori Community Centre as fund raising began with a concert at the Auckland Town Hall.

In Rotorua the people of Te Arawa led by Guide Rangi and Hamuera Morrison also set about fundraising. Moana attended civic functions, concerts, major rugby tournaments and other sporting events. In two weeks over £500 (pounds) had been raised to cover her wardrobe and air fare. In mid-July three days before she left for California she toured the Auckland wharves to thank the workers who had generously raised £70 to help send her to the Miss Universe contest.

Prior to this time New Zealand swimming had nominated her to compete at the Empire Games in Vancouver in August which was two weeks after the Miss Universe Contest, However her Miss New Zealand commitments prior to leaving New Zealand and in the United States left no time for preparation and training at the intensive level required. A decision was made to allow her to travel to Vancouver at the conclusion of her commitments at Miss Universe and to become an official guest of the New Zealand Games Team.

At Whenuapai Airport a traditional Maori farewell took place before Moana left in a Pan American aircraft for America. She wore a brooch of greenstone set in gold given to her by Te Ata-i-rangi the wife of King Koriki at a special function held at Turangawaewae Marae. At Rotorua, Te Arawa kaumatua presented her with a carved figure of a Maori Warrior holding a taiaha which she presented, at an official function, to the Mayor of Long Beach in California where the contest was held.

After the Miss Universe contest Moana went to Vancouver and as an official guest of the New Zealand Empire Games team watched many of the games events including the swimming events which were her specialty. She later returned to Auckland with the members of the Empire Games team.

In January 1956, Moana married Maui Pomare Whaanga from Nuhaka, Mahia. His Iwi was Ngati Kahungunu and Ngati Rakaipaka. He was the son of Tuati Whaanga and Itirawa Mataira Te Ngaio of Nuhaka and the godson of the late Sir Maui Pomare after whom he was named. He attended Nuhaka Primary and received a scholarship to attend Te Aute College where, in his final year, he became Head Prefect and Dux. He played rugby at Te Aute and later rep rugby for Otago University, Victoria University, Otago and Wellington Maori. In 1952 he transferred to rugby league and played for Wellington against the French. Reinstated to rugby in 1953, Maui played for Auckland Teacher’sTraining College.

In 1955, Maui and Moana taught at Mangakino District School then in 1956 at Atiamuri Primary School. In 1958 they moved to Otaua Maori School, Punakitere in the Hokianga where Maui was headmaster from1958-1965. He played rugby for Otaua and Hokianga while Moana assisted with coaching swimming at the Kaikohe Swimming Club. They had four children, Moana Itirawa who was born in 1957 in Tokoroa, Moerangi Kahukura, Mark Ihaka and Mel Tuati who were all born in Kaikohe.

In 1965 they went to Hawaii with their young family where they both attended the Church College of Hawaii, now Brigham Young University. Beside studying and caring for the family, Moana worked at the Polynesian Cultural Centre as a head guide and performed five nights a week in the Maori and Hawaiian cultural groups After Maui graduated in 1970 they returned to New Zealand. In 1972 after the birth of another daughter, Mia Nimera Haerengarangi in Auckland they moved to Hamilton. Maui taught at Church College of New Zealand at Tuhikaramea until he died in October 1980.

Moana had the honour of presenting to the First Lady of the United States, Eleanor Roosevelt a bouquet of flowers at the Red Cross dance at the Auckland Town Hall in September 1943, Lady Eleanor was here to visit the American forces, inspect the work of the American Red Cross, and study the contribution of New Zealand women to the war effort. Moana continued teaching in Hamilton and Ngaruawahia. Her oldest daughter and younger son each served missions for the Church of Jesus Christ of Latter-day Saints.

In 1991 Moana moved to Auckland to work in Special Education in the Manukau District.

Moana lives in Manukau City and has five children, 17 grandchildren and 3 great-grandchildren. She is a member of the Church of Jesus Christ of Latter-day Saints in the Manurewa Stake. She is Kaitautoko and a Coordinator in the Manukau Family Literacy Programme for the City of Manukau Education Trust (COMET) She was a member of a Reference Group and is currently on two Advisory Committees for a tertiary institution in Manukau. 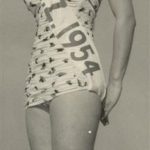 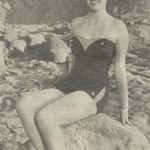 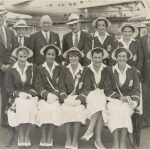 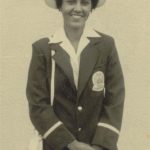 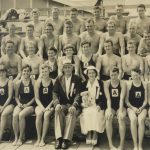 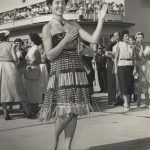 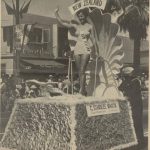 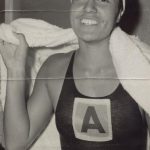 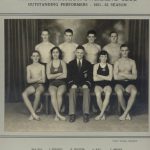 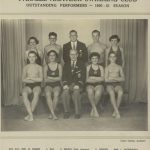 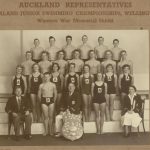 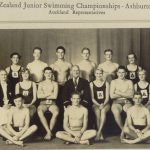 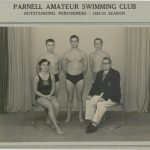 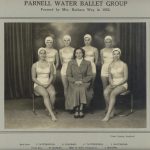 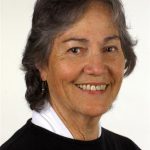