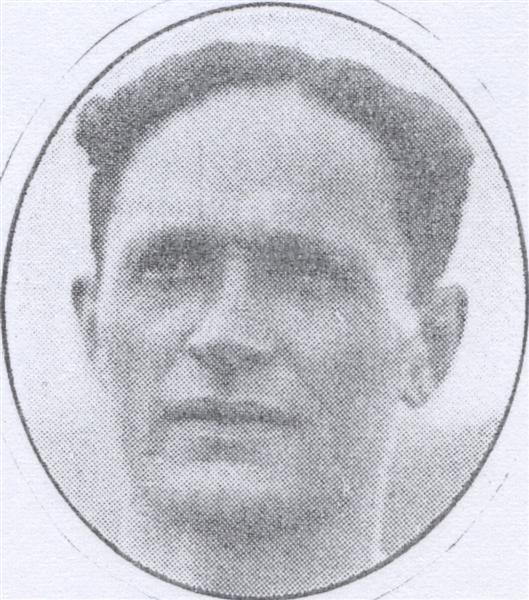 ‘Richard (Dick) Pelham, a well known Maori All Black from Te Arawa who is now living in Wellington, was one of the first Maori to win a New Zealand National Swimming Title’ and was affectionately known as ‘The Prince of Maori Sport’

Richard (Dick) Pelham was the son of John Charles (Joe) Pelham and Atiraira Taro Haunui, and had two sisters Maramena and Turia and two brothers Whare and (TBN) and was brought up in Rotorua by his extended whanau. After little schooling Dick went farming for five years, working on Motiti Island in the Tauranga harbour. He used to haunt the local racehorse training track, seeing himself as a future jockey.

‘I became too heavy for that though, and I had a wander lust, so I found a job on one of the scows which carried stock to the Island for fattening from stations between Cape Runaway and Whakatane,’ he said… ‘then one day our vessel ran onto the rocks at Whakatane. To me that was not a good omen, so I headed for Auckland.’

Later he worked on coasters plying between Auckland and Coromandel before quitting the life of a seaman to return to Rotorua in 1920. Dick played his first organized game of rugby in 1921 for the Kahukura club in Rotorua, as a midfield back. The next season he was selected for the Rotorua Sub Union junior representative side and the following year was a member of the senior representative fifteen. In the meantime he had established a name for himself as a swimmer.

‘My first competitive race was the Rotorua 100yds championships in 1922, which I somehow managed to win,’ he recalled. ‘I was persuaded to keep going with my swimming and later that year I won the Tauranga 100yds championships from the South Auckland Champion. I joined the Cambridge Swimming club and used to make the trip to either Cambridge or Hamilton twice a week on the train.’

Early in 1923, an Auckland University anthropology student spent some time living among the Maori people at Rotorua and took a great interest in Dick’s swimming talents. When he returned home the student arranged for Dick to swim before the custodian at the Auckland Tepid Baths. The custodian, none other than the renowned Malcolm Champion, New Zealand’s first Olympic gold medalist, was apparently not greatly impressed. Dick’s mentor did not lose heart however, and encouraged him to stay in the city, arranging employment for the youngster. He won a handicap race at his first competitive swim and early the following year in his initial championship race in Auckland was second in the 800yds to the reigning National champion, Viv Cunnold.

‘Viv and I later became good friends… I could never become serious about competition, whether a championship or handicap race, it was just another swim to me, but that was just my attitude and approach to all sport I ever took part in.’

In 1925 Dick was a member of the Auckland Swimming team which took part in the NZ swimming championships in Christchurch, producing an outstanding performance in the 440yds event in record time, with the second place getter struggling 20yds in his wake, and Cunnold third. In the winter he played rugby for the Ponsonby club and was included in the trials for the Maori side to tour at the invitation of the French Rugby Federation. He was selected for the team as a utility back. The Maori played 31 matches, losing only six and beating the famous Cardiff club side twice.

‘We attracted a great deal of interest and publicity wherever we went,’ Dick said, ‘I think they were more curious to see what a Maori looked like than anything else, though,’ he added wryly. Only one test was played, this was against France The Maori won 12-3. ‘Some of our players were not used to wearing football boots and were a bit worried about doing so on the hard grounds’ Dick recalled, ‘we only had one pair each; not like today, where they have sprigs of differing length for the state of the playing surface.’

While in France Dick took part in a swimming Gala organized in honour of the Maori All Blacks, Dick who was a NZ champion swimmer, won the 100 metre race at Clermont Ferrand Swimming Club. Dick played for the Auckland representative side on his return home, and the following year was again chosen for the Maori, this time to tour NZ.

When the team disbanded in Wellington he decided there would be too much expense involved in travelling back to Auckland, so he took a job driving a laundry van and settled in the capital. He joined the Athletic Rugby Club and was a member of the Wellington representative side for several seasons, playing for the Maori against two overseas touring teams before he retired in 1932. All the while he had retained an active interest in swimming having linked up with the Lyall Bay surf club. He was a member of the Wellington water polo team which won the National championships in 1948, and was in the Lyall Bay teams which were supreme at the national surf lifesaving championships in 1931 and 1935.

An extract from the Evening post in 1936; ‘Pelham’s form & Unique feats’ Athletic Rugby Club, while winning both the Senior A and second division championships. A point of interest in these achievements and probably unparalleled are of Dick Pelham who played in the two deciding games in each grade, he was skipper of the second division side and turned out against Wellington College Old Boys in the first division final. The manner in which retains his form is a daily wonder to spectators of Rugby in Wellington. His elusiveness was a strong point in the defeat last Saturday of, the win giving Athletic the championship.

Ten years after his tour with the Maori All Blacks he is still playing well, his swimming and surf life saving activities have probably contributed to his perfect fitness. After winning the national senior surf race at the 1937 championships, he was selected for the first NZ team to engage in international competition at the Australian championships during the 1938 Empire Games.

‘We were at a great disadvantage through lack of training under Australian rules’ Dick remembers. ‘We were expected to adapt their method of drill, but we only had a week before the competition to become accustomed to it. It was most disheartening and confusing, but, although we didn’t figure in any major placings, we were highly commended for our efforts.’

An extract from ‘Header’ 14 February 1937, from the National Surf championships, Lyall Bay- ‘Perhaps the most popular victory achieved in the surf championships was that gained by Dick Pelham in winning the Individual senior surf race. Known throughout the Dominion as a great sport, and with a long record of competitive swimming, Dick has gained the good will of every follower of the game, and in all the congratulations showered upon him none were more sincere than those of his opponents, all of whom recogonise his fine sportsmanship and ability. It is twelve years ago since he won the quarter mile national title, in record time, and his reluctance on that occasion to even admit he had done something outstanding is still reflected in the modest manner in which he accepts his latest honour. A keen supporter of middle-distance swimming, Pelham regular competes at every opportunity and during the years of his activities has probably competed in more of these types of events than any other swimmer in the Dominion. His splendid record over the years is one to be proud of and still likely to be added to. His undoubted popularity is fully deserved, and in every respect he is a credit and an ornament to the sport. Long may his service to it continue’

In 1940, the year Dick bowed out of competitive life-saving he coached and was a member of the Lyall Bay team, which won the Nelson Shield, the Premier trophy at the National Championships. It was the fourth time the club had won the shield during his period of membership. The same year, he helped form the Wellington Ladies’ surf club, acting as its instructor for some time afterwards. The urge to return to rugby had long proved too strong and Dick had been player coach of the Athletic senior B team for four seasons, leading it to the championship of its grade on two occasions.

He finally hung up his rugby boots for the last time in 1942, but he did not lose interest in the sport and for some years he helped select and coach Wellington Maori teams. In 1948, Dick’s services to surf lifesaving were recognized when he was made a foundation member of the national associations ’21 Club’ confined to persons who had given 21 years of service to the sport.

In the 1965-66 season the Lyall Bay club honoured him with Life membership. Also in 1948 Dick captained the Wellington taxis rugby team to victory over the Auckland taxis team 9-3 at Athletic Park, proceeds going to the Makogai Lepper Fund. Dick spent most of his working life in Wellington behind the steering wheel. When he gave up his job driving a laundry van in 1942, he took over a taxi license and was driving until his retirement in 1962.

An article in the Wellington Evening post, September 1971- ‘Dick Pelham has the recipe that makes him forget age. Two sometimes three days each week , the 70 year old is up with the larks and making his way from his tidy inner city penthouse apartment to the Freyberg pools, there he swims for an hour or so before returning home to breakfast at a time when most people his age are wondering how they are going to face the rigors of another day. ‘People must think I’m a silly old beggar, but swimming makes me feel well and it is a great form of exercise’ said Dick.’

Since his retirement he had varied part time employment, and up to 1971 worked at a local service station one day a week and then began compiling a series of recordings of Maori chants and of the voices of Maori elders in order to acquaint himself better with his native tongue. ‘You could call it making up for lost time,’ said Dick, ‘I’m catching up on some of the things I missed out on through being away from my people for so long.’

In 1971 Dick and his wife Margery returned to Rororua where he owned a block of flats. Typically, Dick looked forward to returning to his home town, not because he was anxious to leave Wellington but because he felt that care-taking at the flats will provide a means of keeping himself occupied.

An article in the local Rotorua paper July 1972 ‘Still in the swim; People celebrate their birthdays in a variety of ways, but I shouldn’t imagine too many would do so in the fashion of Dick Pelham a former well-known rugby player and swimmer in Wellington, but now living in Rotorua. Dick went off to the Blue Baths on his 72nd birthday recently with the intention of swimming a length for each year of his life. He reeled off the 72 lengths and then decided to do another six for ‘good measure’ my arithmetic might not be accurate, but it was estimated he covered a mile and 853 yards.’

In 1975 and one of the last living members of the successful 1926 New Zealand Maori rugby team, Richard (Dick) Pelham died in Rotorua Hospital on Friday, February 28. He was survived by his wife Margery (Midge) and daughter Bonnie.

National lifesaving champions as a member of the Lyall Bay team that won the Nelson Shield- the blue ribbon event.

A foundation member of the ’21 Club’ – confined to persons who have given 21 years of service to the sport.

Nominated to the Maori Sports Hall of Fame (2009) 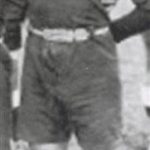 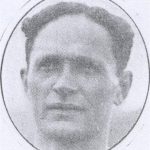 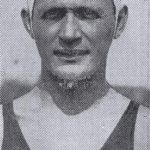 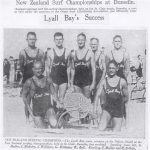 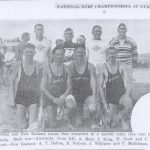 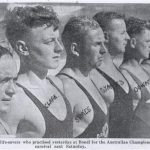