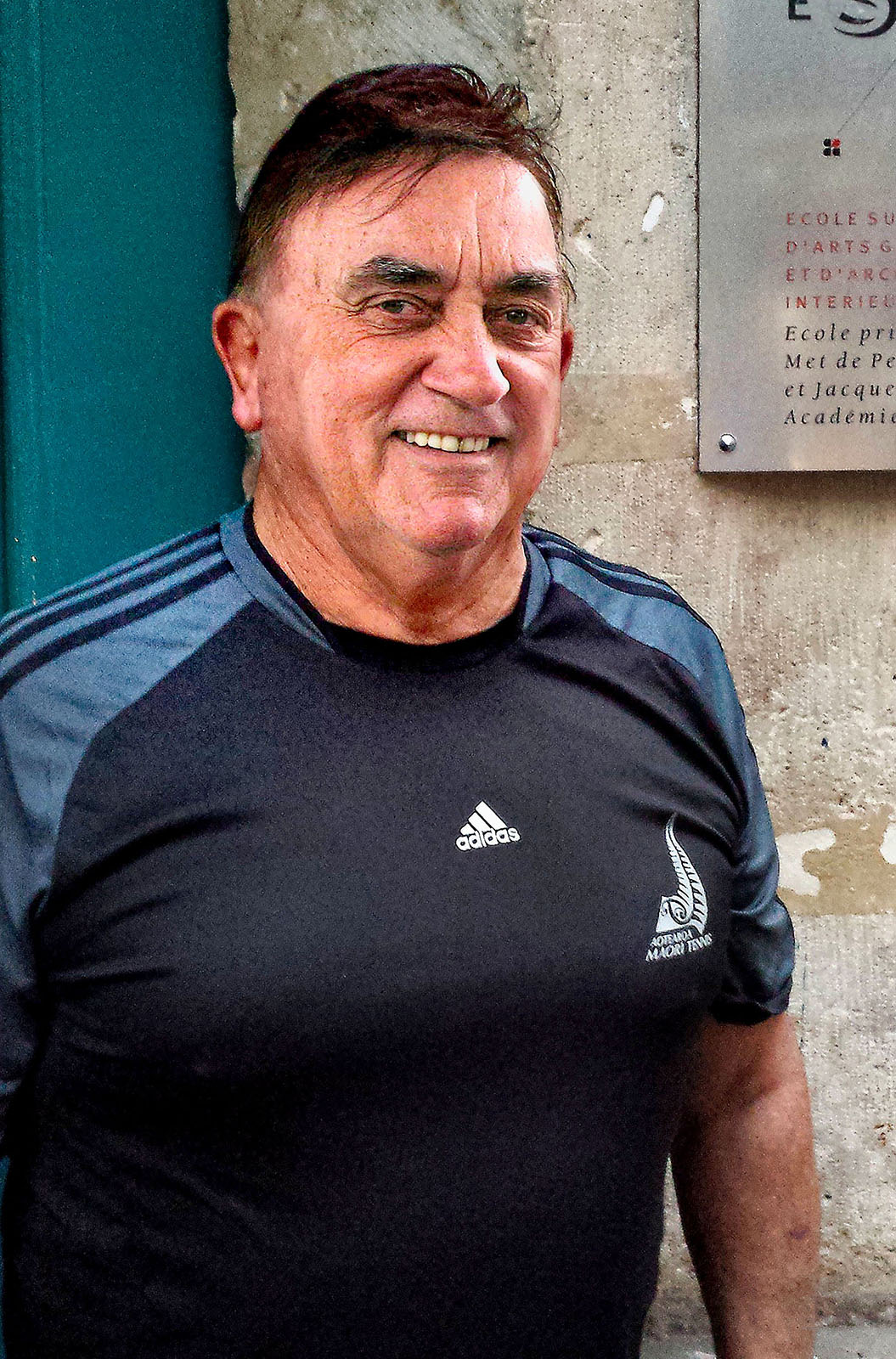 Dick said he was humbled by the recognition and only accepted the honour as tribute to the late Albie Pryor who founded the Aotearoa Maori Sports Awards Trust, Te Tohu Taakaro o Aotearoa.

“My predecessors never got awards and I don’t do the mahi for the recognition.”

We are very proud that Dick has been recognised for his life’s dedication to sport.

Most of you would only see a small part of Dick’s influence, so here is a short bio to show you what he has been up to.

Mr Richard (Dick) Garratt has been an advocate for tennis and Māori sports for more than 50 years.

Dick was the President of the Kiwi Tennis Club for 5 years (at age 22), Mangere Central Tennis Club for 37 years, Aotearoa Māori Tennis Association since 1997, Tennis Seniors South Auckland Assoc since 2011. Dick was president of Tennis Auckland in 2006. Through Aotearoa Māori Tennis Association, he has organised coaching camps for Maori rangatahi, assisted elite juniors to US tennis scholarships, and fundraised for groups of players to play in the Queensland Seniors Tournament for the last decade.

He was instrumental in assisting Dame Ruia Morrison’s return to Wimbledon in 2013. He is the Chief Executive of Te Tohu Taakaro o Aotearoa Charitable Trust (Aotearoa Māori Sports Awards) and was instrumental in compiling a history of Māori tennis in the book ‘He Hītori o te Tēnehi Māori’, covering over 100 years of Maori Tennis.

He is a life member of Mangere Central Tennis Club, Manukau Rovers Rugby Football Club and the Aotearoa Māori Tennis Association. Dick was named the 2021 recipient of the Sir Eion and Lady Jan Edgar Lifetime Achievement Award at the New Zealand Sport and Recreation Awards, and in 2022 Tennis NZ awarded Dick the role of Honorary Vice President of Tennis NZ.