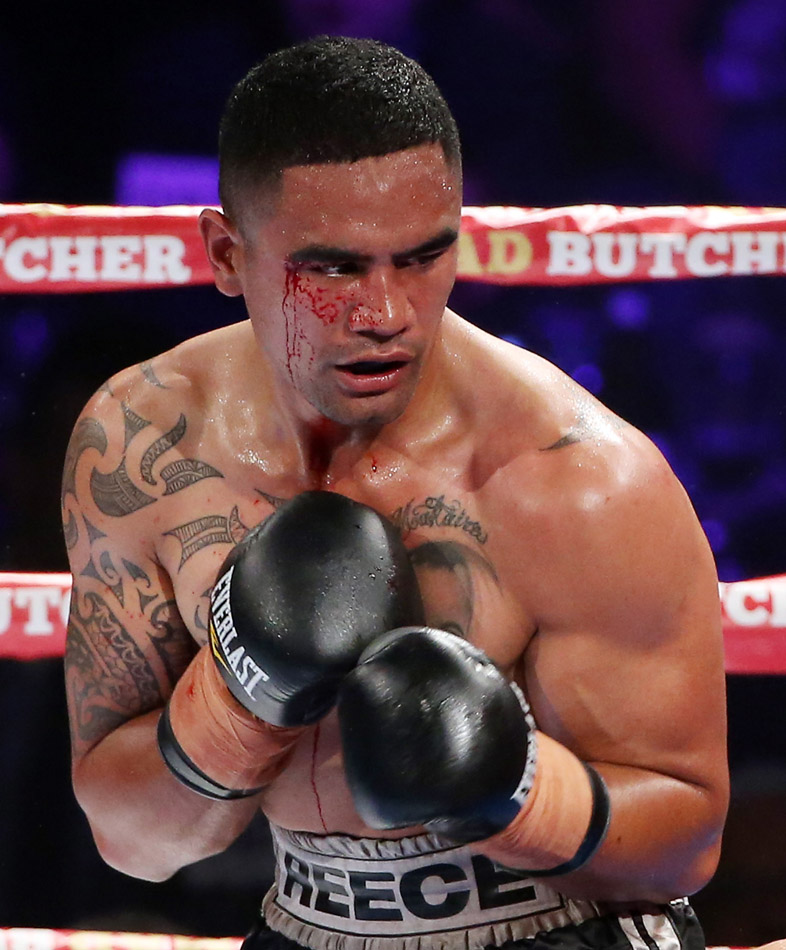 Christchurch boxer Reece PAPUNI Nga Rauru, Ngai Tahu, Ngati Porou
Demolition job on Sam Rapira sent the message he was after; he’s not to be messed with and is the real deal.And it’s a message being heard by those that count including Canterbury trainer Kevin Barry, the man behind Joseph Parker’s success. The light heavyweight class has plenty of depth in New Zealand with Papuni, Rapira, Nikolas Charalampous and Robbie Berridge all currently active.

Dean Lonergan met with Papuni and his coach Phil Shatford. He said a deal with Papuni was “probable” but his company Duco needed to sort sponsorship issues in New Zealand first.”Once we’ve got that sorted we can look at growing the business and growing it into Australia and the States.”