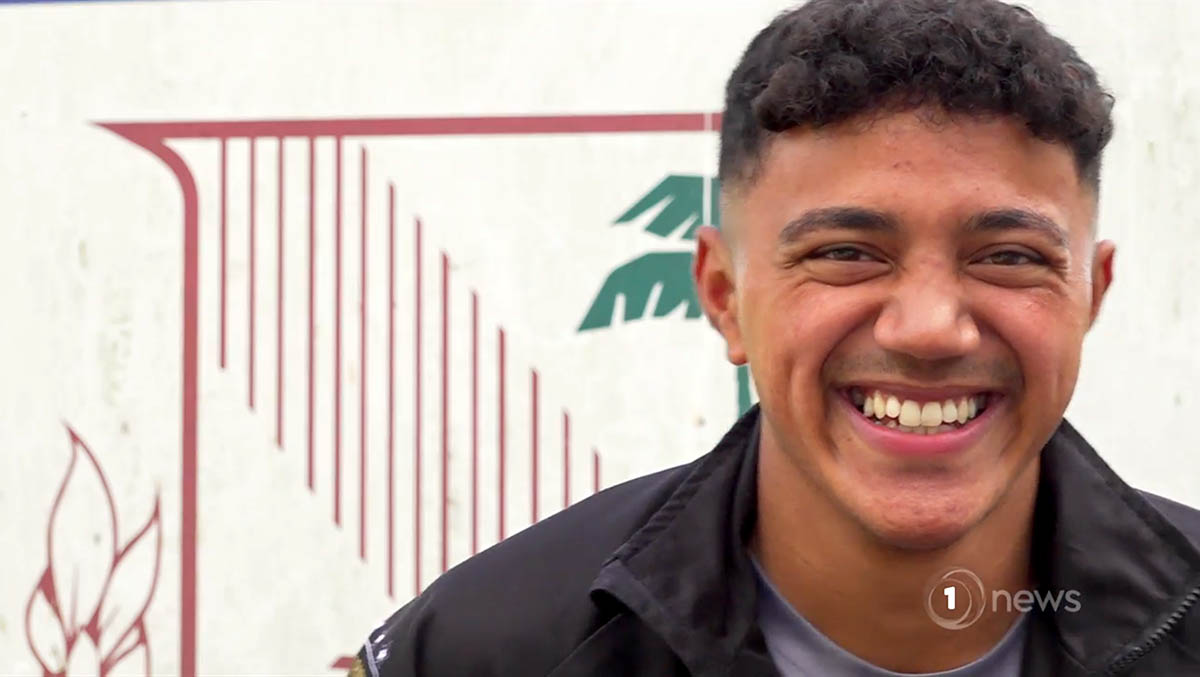 Nineteen-year-old forward Jeremiah Ruawhare is the first to be granted a US college scholarship through Reid’s foundation.

The All Whites skipper’s foundation has helped young forward Jeremiah Ruawhare earn a US college scholarship.

As a result, there’s no wiping this smile from Ruawhare’s face, with the young footballer days away from flying to Biola University in California where he’ll complete the first steps in his promising career.

“Some people say its pressure I like the leadership and good to be inspiring others through my actions and Māori football has given me a glimpse of what I can actually achieve,” Ruawhare said.

Ruawhare’s footballing dream is being made a reality thanks to one of New Zealand’s greatest Māori players.

While that goal in the 2010 World Cup might be Reid’s biggest on the field, it’s his youth foundation which is set to have the biggest influence on New Zealand football.

“It’s something that had its genesis in 2015 when I met with Winston in London and there was an idea that we did the world cup together but how do we realise opportunities for young Māori,” Realising young Māori potential is part of the legacy Reid wants to leave behind.

“He’s got the heart to give other people the same opportunity, he was a young Māori who went to Denmark and rose through the ranks and wanted to see if he could create a pathway for others,” Winston Reid Football Academy co-founder Phil Warbrick said.

The foundation is rushing to get his US visa approved as classes begin next week.

“He’s sponsored me for my funding, huge ups to him aye, my goal is MLS and then move to Europe and then come back to Māori football and give back. I’m grateful for everything, picking me up for training and dropping me off, I didn’t know how expensive gas was until I got my own car.”