Māori Para Athlete/Team of the Year 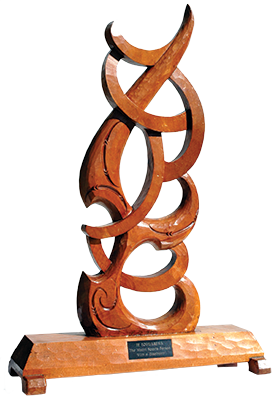 It was IO himself (the supreme being) who sent forth his sacred messengers Apa Whatukura from Te Toi a Rangi the uppermost heaven to see who could climb the heavens in search of knowledge. Both Whiro and Tane responded to the challenge, but only Tane was successful. The reason that Tane was successful was that he chose to climb by the routes Te Toi Huarewa and Te Aratiatia, accordingly, he reached Tikitiki o Rangi and was given “Nga Kete o te Wananga” the sacred baskets of knowledge and the sacred stones of education. The name Te Toi Huarewa has been chosen for the award to sportsperson with a disability. In order to achieve success Te Toi Huarewa signifies whanau support, diligence and dedication. Furthermore, the prize at the end of this pathway is knowledge, understanding and great achievement.